In January, 2011, a monograph entitled “Rethinking Giftedness and Gifted Education: A Proposed Direction Forward Based on Psychological Science” was published in the journal, Psychological Science in the Public Interest.  At the Annual Convention of the National Association of Gifted Children many researchers in the field of gifted research and programming acknowledged the importance of this work in how researchers and practitioners view the concept of giftedness.  One of the co-authors of this monograph is ATDP’s very own Faculty Director, Frank C. Worrell.  In a recent interview, Dr. Worrell highlighted aspects of this work for our ATDP students, parents, and teachers.

Question: In your article, you define giftedness as “the manifestation of performance or production that is clearly at the upper end of the distribution in a talent domain even relative to that of other high-functioning individuals in that domain.” What do students, parents, and teachers need to understand about the term “giftedness”?

“Giftedness requires a lot of hard work—it is a label that is earned, not granted.”

FCW: “The definition is intended to make two things clear.  First, because we often use words in general communication and as technical terms in a discipline such as the field of gifted education, there is often a failure to recognize that we are speaking about different things when we use a term such as “gifted.”  Second, our concern for promoting development and being supportive of other’s endeavors, including endeavors of children and youth, often results in the use of superlatives.

The second important idea is that the label “gifted” is applied not just to outstanding performances, but only to performances that are outstanding or rare even among top performers.  For example, a child of four who can write decent poetry may be considered a gifted writer, whereas the same quality of poetry being produced by an adolescent would not be considered gifted.  The four-year old’s performance is rare even compared to other outstanding four year olds, but poetry writing among adolescents is too common among adolescents for merely decent poetry to make the grade.  An adolescent would need to produce critically acclaimed poetry to be considered gifted.  Similarly, a student beginning an undergraduate degree at age 13 may be considered gifted whereas an 18-year old beginning a college degree is not considered gifted.  Finally, only a small number of individuals get drafted to national sports leagues every year, but we typically only consider the top draft picks as the gifted individuals, despite the fact that being drafted is itself a rare phenomenon.

Question: You state that giftedness looks different depending on the student’s developmental stage (i.e., potential in the beginning stages, achievement in the later stages, and eminence when talents are fully developed).  Could you give some example of what giftedness looks like in each of these stages?

FCW: “In every conceivable domain—academics, athletics, the visual and performing arts—a certain maturity is required to make outstanding contributions.  For example, one has to be able to write well to produce a great novel and one has to have certain physical attributes and skills to be able to be an outstanding gymnast or footballer.  Moreover, eminent contributions change the way that we think about a field, meaning that they are not only outstanding but they stand the test of time.  Indeed, many individuals who are now considered eminent in their fields were not necessarily recognized as eminent during their lifetimes.

“The development of outstanding talent … requires active involvement in and out of school endeavors.”

Consequently, it is typically not possible for someone to make eminent contributions as they are starting out in a domain, and identifying gifted beginners involves looking for the signs that we think predict the possibility of future eminence.

In a domain such as writing, potential may be manifested as both a passion for writing that is greater than peers and productivity in terms of number of words that the person writes, presuming, of course, that the writing is judged to be superior by teachers and other critics.  In the middle stages, young writers may get their work published in anthologies and magazines where they are competing for space with individuals who write for a living, even if they are not eminent.  To be labeled eminent, the established writer needs to have a unique body of work in which their unique contribution is not only evident but has also begun to affect how others write; Chaucer and Shakespeare come to mind.

Question: You state that ability is necessary but not sufficient for talent development.   Why isn’t high ability alone enough to consider a student gifted? 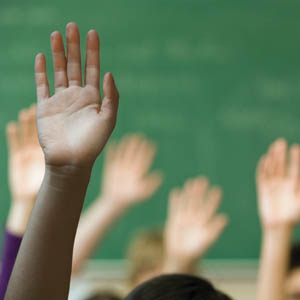 Similarly, a person with the innate capacity to learn music who is not exposed to music as they develop will have little chance of becoming gifted in the musical domain, no matter how high the innate capacity is.  Thus, ability is necessary in that it provides the backdrop for the environment to work with and on in the development of talent.  In the absence of the appropriate environmental stimuli—inside and outside the home—the ability or innate capacity to learn in that domain is never fully activated.  Moreover, some research suggests that certain things need to be activated before others, and if earlier abilities are not activated appropriately, it limits what the later abilities can do even if activated.  A verbal IQ of 160 in a child of six will not be enough to result in a gifted writer if the student’s writing abilities are not honed appropriately as they grow up.”

Question: Variables listed as contributors to giftedness include motivation, passion, interest, and opportunity.   Why are these variables important, and are some more important than others?

FCW: “Although it would be great to be able to say that some of these variables are more important than others, at this point, I do not think that we know enough to make such a statement.   Personally, I see interest, motivation, and passion as similar but more intense versions of each other and they each serve the role of directing individuals toward a domain.  Interest is typically more important early on as the individual begins to dabble in the domain; motivation becomes more important as skill in the domain develops and the individual has to make choices about activities to pursue; finally, passion becomes most important for the individuals who have become quite talented in a domain and have the opportunity to earn the label, gifted and maybe even, eminent, as it is necessary for the dedication that it takes to pursue a domain with a singular focus.

Opportunity is different in that it dictates whether interest, motivation, and passion are going to matter.  Early in the development of a talent domain, opportunities need to be provided by parents, teachers, and environments such that the individual gets the chance to pursue their interests.  As talent develops, opportunity continues to matter in terms of what others provide, but also matter in terms of what opportunities the individual creates (e.g., by going to work with a particular teacher or by taking part in a specific competition).”

“Society as a whole needs to celebrate gifted performance in academic domains.”

Question: Your article summarizes an extensive amount of theory and research about giftedness.  What is the most important message that you would want students, parents, and teachers to take away from your article?

FCW: “For me, there are several “take away” messages that I think are crucial:

(1) Giftedness requires a lot of hard work—it is a label that is earned, not granted.

(2) Earning the label gifted requires ability and practice and teaching among other things.  In other words, giftedness does not come from any single variable.

(3) There is much that we can learn from studying gifted students across domains, and there is a tremendous need for research both within and across domains.

(4) The type of training that we provide to high-performing athletes and performers in coping with failure and not allowing today’s mistake to affect tomorrow’s performance will be equally useful for high-performing academics.

(5) The development of outstanding talent cannot simply be left to the system of public schooling, but also requires active involvement in and out of school endeavors.

This interview refers to an article published in Psychological Science in the Public Interest (Vol. 2, January, 2011) by Rena F. Subotnik, Paula Olszewski-Kubilius, and Frank C. Worrell.

Read more about research at ATDP…